Yes, it is an absolute truth. Now you can learn how to drive and shoot tank in Texas! It is one of the craziest activities to do while visiting San Antonio, Austin or Texas in the USA. This is the premier historical military vehicle and weapon experience, at the only place in the world (Ox Ranch, Uvalde, southwest Texas, ~2 hours drive west of San Antonio and ~2.5 from Austin; 30 minutes north of Uvalde), where you can drive and shoot real tanks, artillery, and machine guns in one location. During the experience, you will have a chance to take a ride with this nightly beast along the roads, meadows, and shrubs. And over the period fully experience the vehicle’s technical features, as well as learn more about its history.

For the duration of the tour, you will be fully equipped with a proper safety equipment and military attributes like helmets, armor vests, etc. Additionally, after the tour, you can go for a variety of other great on-site activities like an Outdoor Shooting Range. Various tanks are available on site. 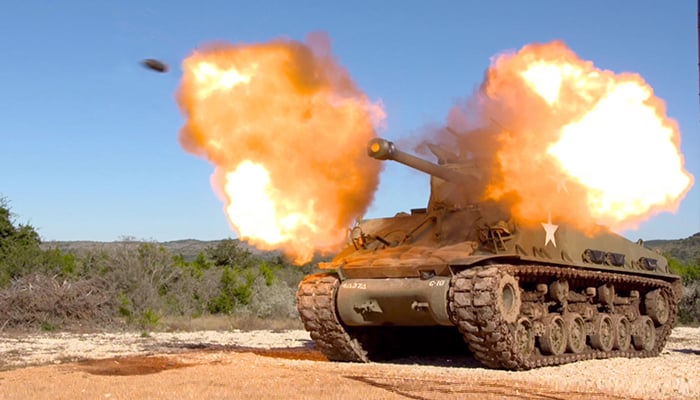 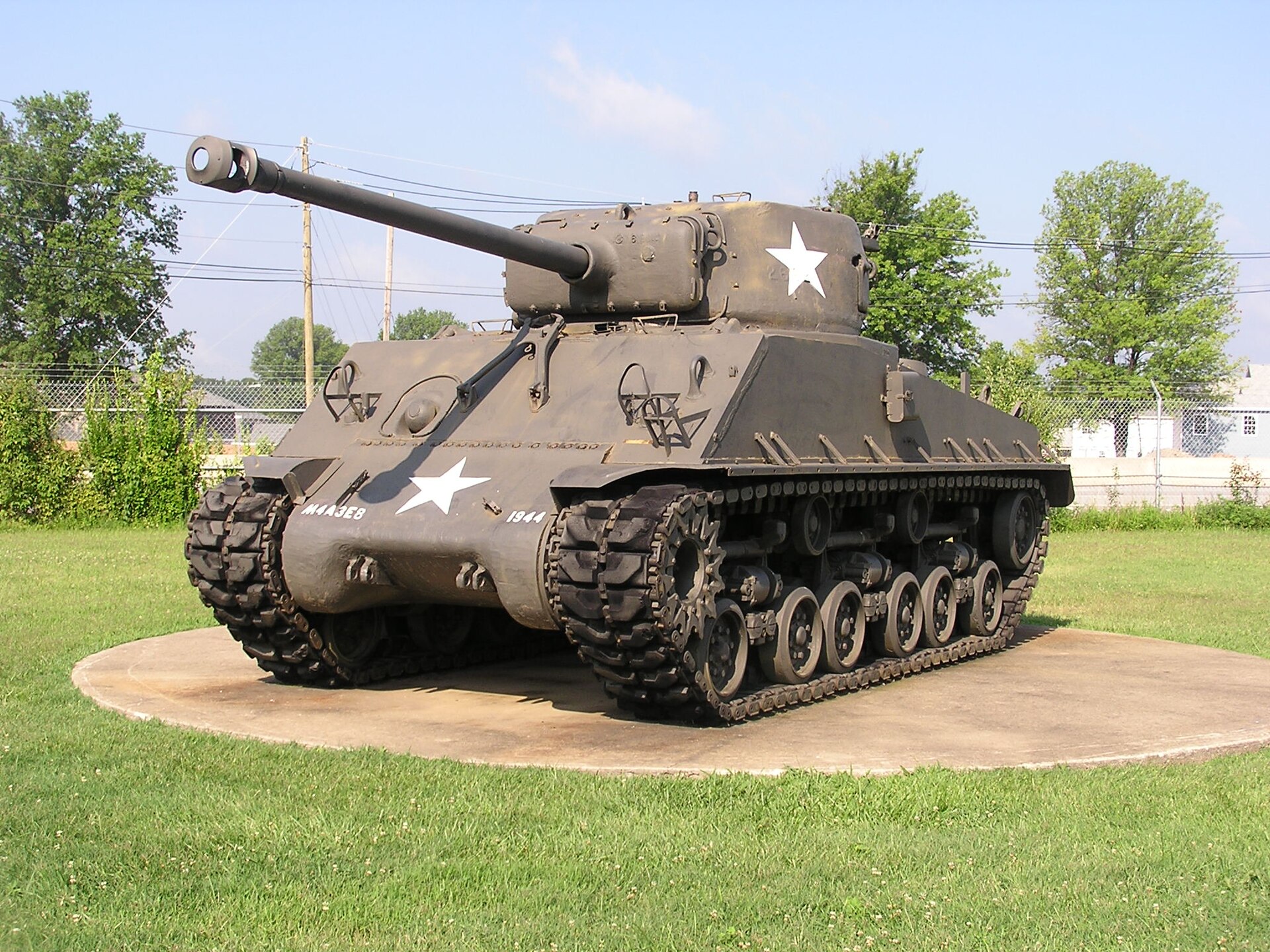 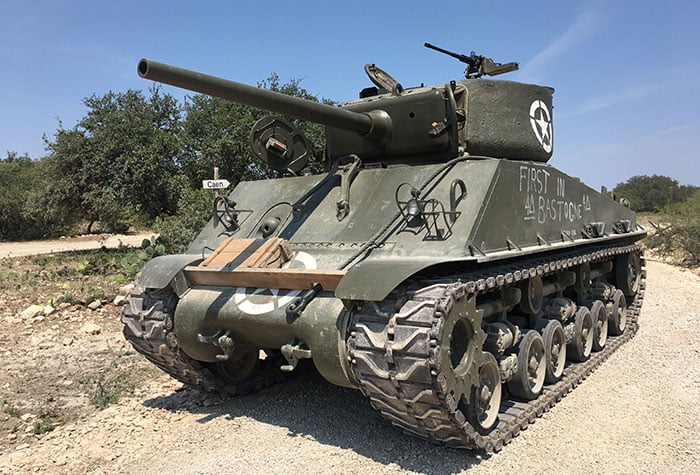 UNITED STATES M4A3E2 “COBRA KING” SHERMAN MEDIUM TANK
The “Cobra King” Jumbo Sherman was the most famous US tank of WW2, being the first tank to enter the besieged city of Bastone during the Battle of the Bulge. Our model uses an actual Jumbo turret recovered from France and still shows its battle damage. 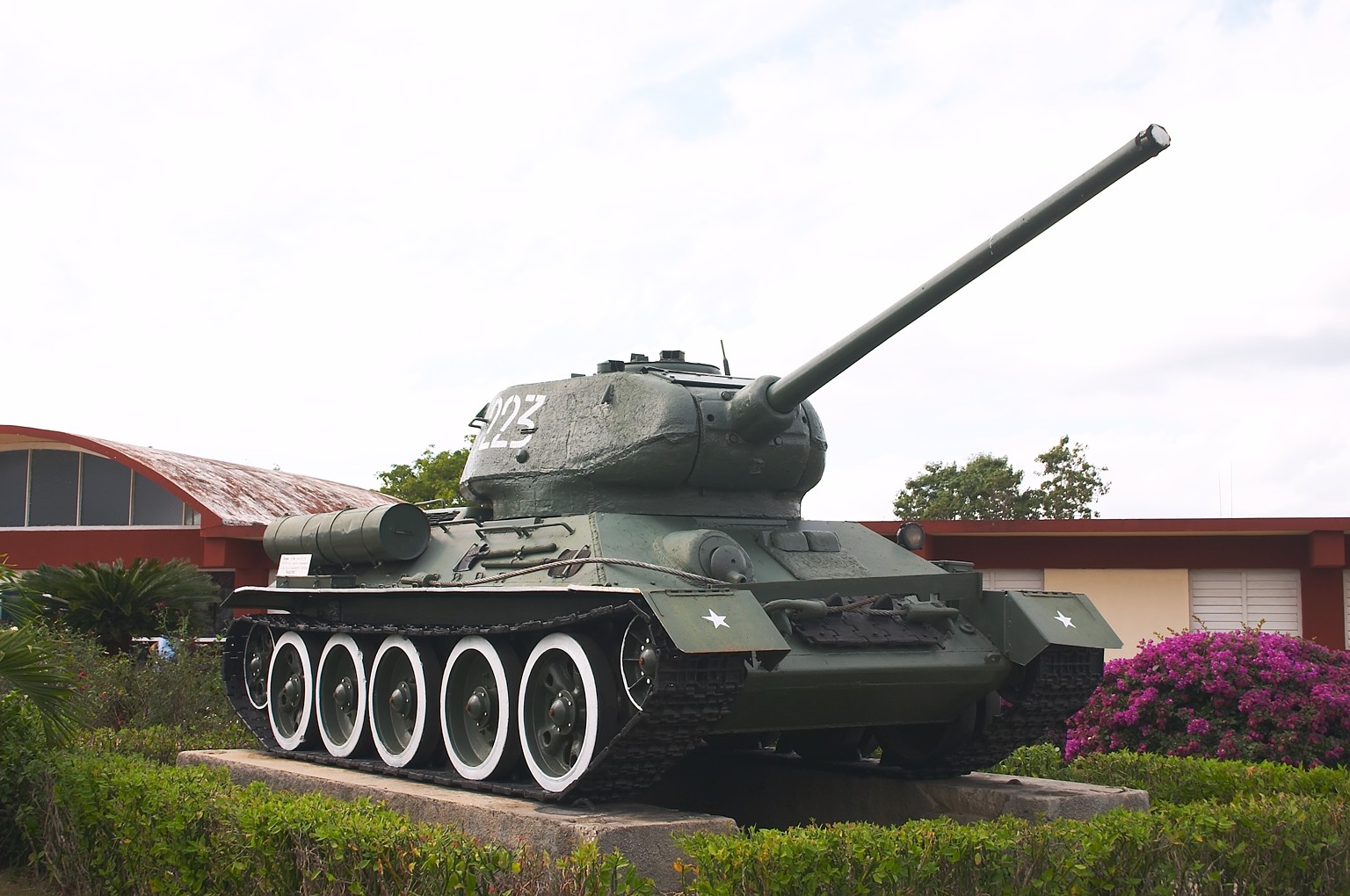 RUSSIAN T-34/85 MEDIUM TANK
The premier Soviet late war tank. The T-34 was the mainstay of their armored forces, with the T-34/85 version outfitted with a larger gun. Our tank saw action in 1945 on the Eastern Front during the drive to capture Berlin. Typical Russian technology that was rough, tough, and worked good enough.

GERMAN SD. KFZ. 251 ARMORED HALF-TRACK
The primary German armored fighting vehicle during the war. Ours started off as a post war Czech OT 810 but has been faithfully converted to resemble a Sd. Kfz. 251 D model. The closest thing to a real one that you can drive today. 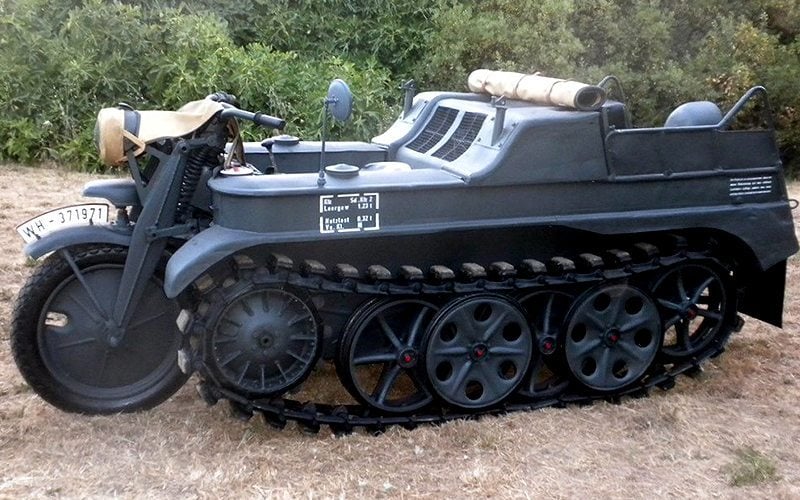 GERMAN KETTENKRAD SDFZ 2 TRACKED MOTORCYCLE
Half motorcycle, half tracked vehicle, the Kettenkrad was used by as a lightweight tractor to transport troops, tow equipment, and lay communication wire. Ours was captured in Belgium in 1944 and shows bullet holes and battle damage. A truly unique ride in an original German vehicle.

ABBOT FV433
FV433 Field Artillery, Self-Propelled “Abbot” is the self-propelled artillery, or more specifically self-propelled gun (SPG), variant of the British Army FV430 series of armoured fighting vehicles (AFVs), using much of the chassis of the FV430 but with a fully rotating turret at the rear housing the 105 mm gun and given the vehicle designation of FV433. Our version is modeled after the US M109 SPG in honor of our Vietnam artillery veterans.

SOVIET BMP-1 (CZECHOSLOVAKIAN BVP-1)
The Soviet BMP-1 was the world’s first true infantry fighting vehicle (IFV) designed to safely transport fighting troops in a closed top tracked vehicle. Also issued to the Warsaw Pact countries, our BVP-1 was issued to the Czechs before finding a home in Texas. 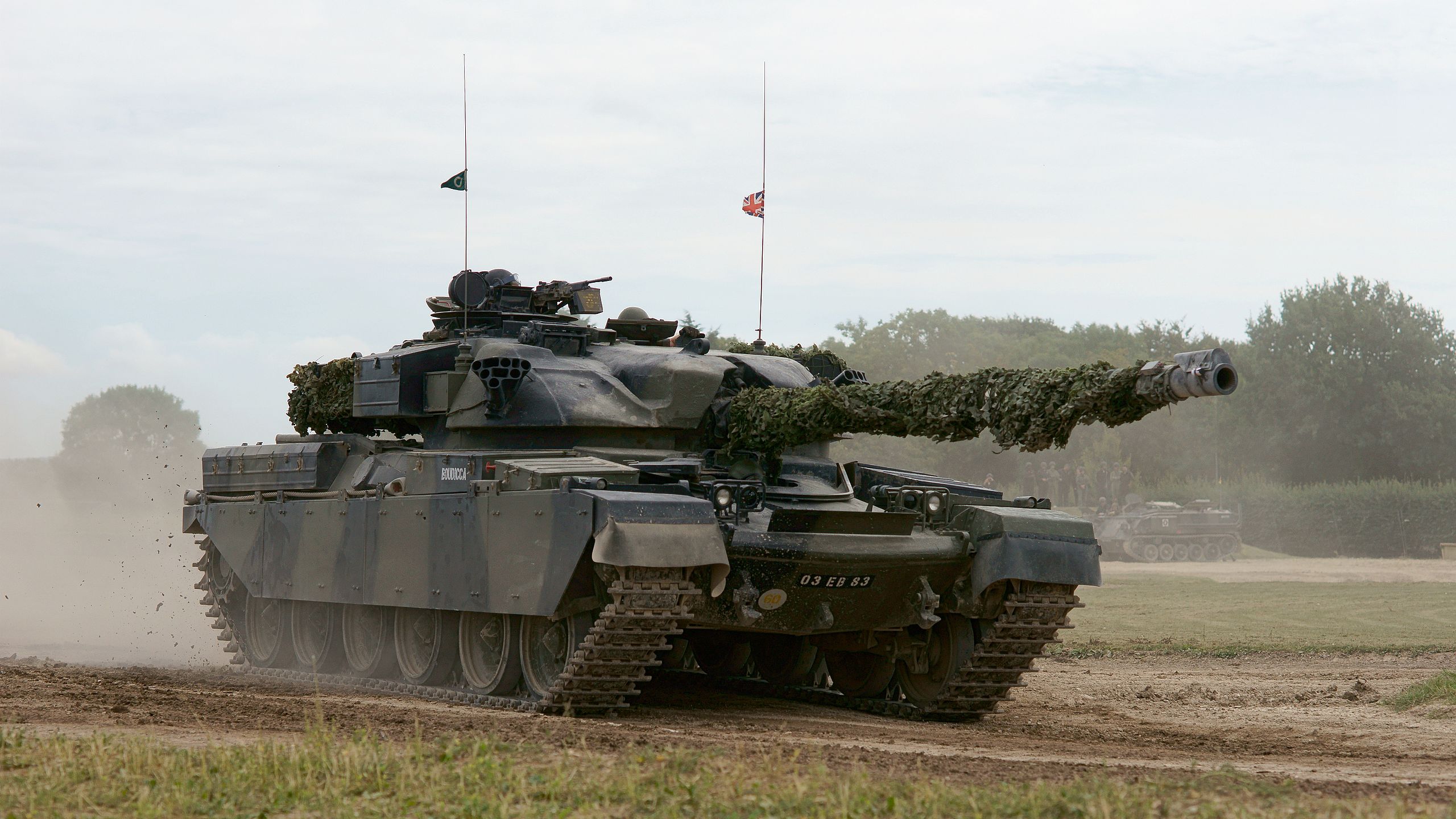 BRITISH CHIEFTAIN MK. 6 MAIN BATTLE TANK
Called the “most formidable tank in the world” on its introduction in 1966, the Chieftain featured the most powerful main gun and most effect armor at this time. Though slower than the Leopard tank, it was more versatile and served the United Kingdom for three decades. Our Chieftain excels at crushing cars and other large objects.

WEST GERMAN LEOPARD 1A4 MAIN BATTLE TANK
Designed to move fast and hit hard, the Leopard was one of the best tanks of the cold war. The 1A4 features a computerized fire control system and improved optics. Reaching speeds up to 40 mph, our leopard is the “sports car” of our collection: fast, smooth, and exciting.

BRITISH FV101 SCORPION LIGHT TANK
Our FV101 Scorpion Light Tank is our newest addition, having previously served in the British Army as an armoured reconnaissance tank. This British light tank was designed to be fast and nimble and with a top speed of 51 MPH. The Scorpion saw combat in the Falklands and Gulf wars. The Scorpion is an affordable, perfect choice for a first-time tank driver. This tank is one of our favorite driving tanks.

a) A one-hour tank driving experience
b) You will learn how to drive an 18+ ton machine
c) Welcome and briefing
d) Four laps of hands-on driving time, approximately 30 minutes and 8 laps as a passenger
e) Weather permitting you will have the opportunity to use more a challenging course
f) Free entry to the museum displaying a large military vehicle collection
g) Use of a tank suit and helmet for the experience

All-time season activity. But not available when the temperature drops below -5 C.

a) Minimum age: No set age limit. It is entirely up to the parents and the capability of the kids to follow instruction.
b) Maximum weight is 22 stone / 140 kg
c) Maximum height is 6’4” / 1.93 m
d) We recommend booking about at least two weeks out, if not sooner! This is due to our client volume and the list is being filled up extremely fast!
e) Any booking you wish to make that falls within 24 hours of the desired time must be CALLED IN, as the booking system will not allow bookings within 24 hours of your event.

a) All pricing is per group up to 6 participants, not per person!
b) One person from your group will be the actual driver and/or shooter, with the other participants riding on the tanks or observing the shooting.
c) There is a $100 per person fee for any group over 6 individuals. (Ox Ranch Groups Excluded)
d) This allows the rest of the party to be involved in the experience as a whole group. Tank Living Museum tour, water, and soft drinks, eye and ear protection, transportation to and from the Tank and Machine Gun Range are included in the $100 fee. d) Beer and Adult beverages are always free here.