Since we are big boys now guys, we can get hold of the real stuff – like shooting the guns! And what a better place for that than Las Vegas. Our excellent shooting session tests your manhood and hand using Glock pistol-gun, a pump shotgun, and the all-time favorite: the mighty Kalashnikov automatic gun or AK47! Also, if you are traveling to Tallinn or Vilnius, give it a try to our tailored Tallinn AK47 Shooting Experience and Vilnius AK47 Shooting Experience.

On the Day, you are picked up by a mini-bus with your tour guide by the hotel and taken to the shooting range. Once there, you’ll receive all necessary equipment (ear-defenders, etc.) and instructors will take you through the safety briefing, explaining basics and techniques of firing these bad boys. After instructors are confident that you are clear about everything and you understand the important stuff, you can proceed to shoot the targets, that can vary from made of paper to bottles.

*You can purchase extra bullets at any time.
**You can go for other extra weapons (e.g. Sniper Rifle) at any time.

From 40 EUR per person

The Mossberg® Maverick® 88 12 Gauge All-Purpose Pump-Action Shotgun features dual extractors, twin action bars, positive steel-to-steel lockup and an anti jam elevator for smooth, reliable performance that won’t let you down. The shotgun features a black synthetic stock and forearm for durability and a 6-round magazine capacity with 2-3/4″ shells and a 5-round capacity with 3″ shells. Bead sights help promote accurate aiming, and only 1 pin needs to be removed to field strip for easy maintenance. 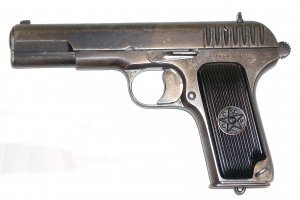 The TT-33 was eventually replaced by the 8-round, 9×18mm Makarov PM pistol in 1952. Production of the TT-33 in Russia ended in 1954, but copies (licensed or otherwise) were also made by other countries. At one time or another most communist or Soviet bloc countries made a variation of the TT-33 pistol. 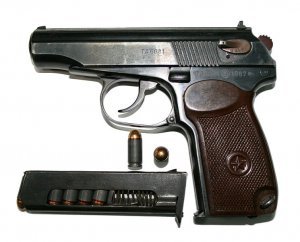 The Makarov pistol or PM (Russian: Пистолет Макарова, Pistolet Makarova, literally Makarov’s Pistol) is a Russian semi-automatic pistol. Under the project leadership of Nikolay Fyodorovich Makarov, it became the Soviet Union’s standard military and police side arm in 1951. 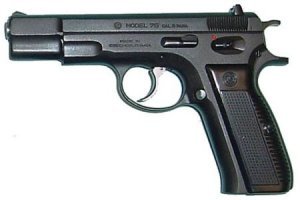 The CZ 75 is a pistol made by Česká zbrojovka Uherský Brod (CZUB) in the Czech Republic that has both semi-automatic and selective fire variants. First introduced in 1975, it is one of the original “wonder nines” featuring a staggered-column magazine, all-steel construction, and a hammer forged barrel. It is widely distributed throughout the world. It is the most common handgun in the Czech Republic.

The Walther G22 is a semi-automatic rifle chambered in the popular .22 Long Rifle cartridge, made by Walther. It is of bullpup design and constructed of polymer and steel.
Like most bullpup designs, it cannot be fired from the left hand due to the proximity of the ejection port and bolt handle to the shooter’s face. However, the stock is designed so that the ejection port and cocking handle can be relocated to the other side for left-handed shooters. A spare magazine, held by friction, is stored inside the polymer stock behind the magazine well. It was produced in matte black or green.
The G22 can achieve shot groups as small as 1.25 inches (32 mm) at 50 yards (46 meters). Spacers allow the butt of the stock to be adjusted to the user’s preference.